Greg Austin, formerly Brick Shop and Spirit, took over the position of Good Food Project Manager at 412 Food Rescue in May 2020. Now with double kitchen space, a renovated basement prep room and a significant increase in freezer storage in New Sun Rising’s Food + Energy Hub, the Millvale building that houses the facility, he’s in the process of expanding the program’s offerings.

The Good Food Project got off to a pretty modest start in June 2019 – 30 meals a week for the Millvale Library’s summer lunch program. Under the direction of Chef Edward Anderson, who left 412 Food Rescue in 2020, the program of converting donated food into nutritionally complete, fully cooked meals was eventually expanded to 300 meals a week.

After that, “we reevaluated the project and developed a plan for how to scale it up and make it more effective,” says Austin. 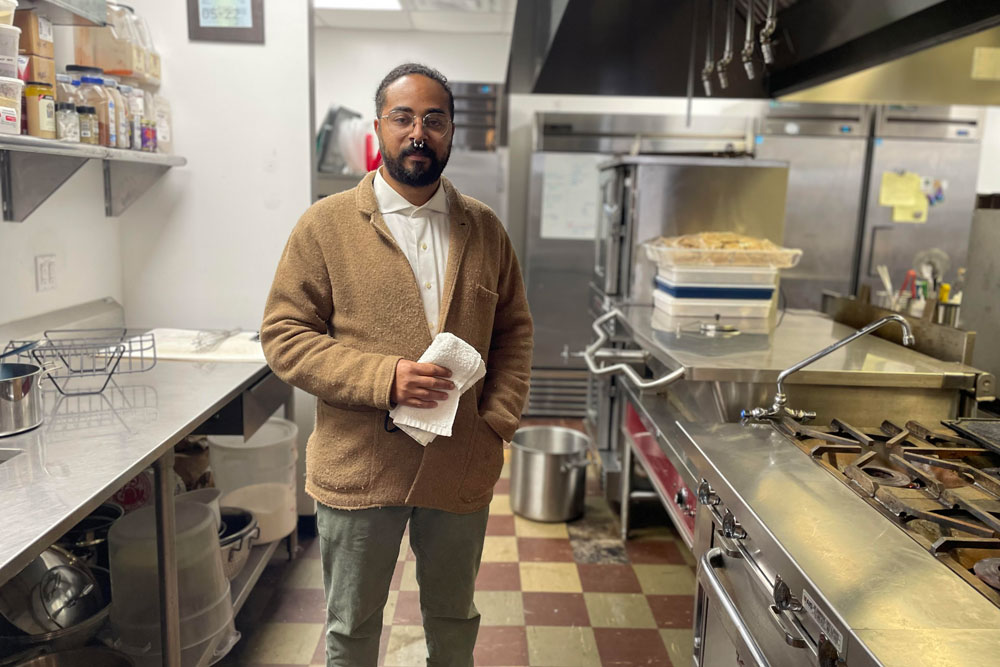 It started with looking at the supply chain. The Good Food Project used to work with a variety of ingredients from a variety of sources, but now Austin works almost entirely with food supplied by Gordon Food Service. “We still come a little bit from here and a little bit from there. But I have found that a focused incoming service helps us to be much more efficient in practice. Otherwise, I spend most of my time organizing what comes in and when, and that doesn’t necessarily happen on a timeline that you need to get food out efficiently, ”he says.

In a way, he’s saving a salvation now. The Gordon Food Service brings the food twice a week. Most of what is delivered is for another 412 Food Rescue stream called the Grocery Bagging Program, which brings fresh groceries to 30 Allegheny County’s Housing Authority locations. Austin takes for the most part what is not immediately usable from the huge delivery – up to six pallets of food at the same time – and uses it to make dishes such as beef and bison chilli, creamy spinach dip with toasted flatbread and banana bread pudding. 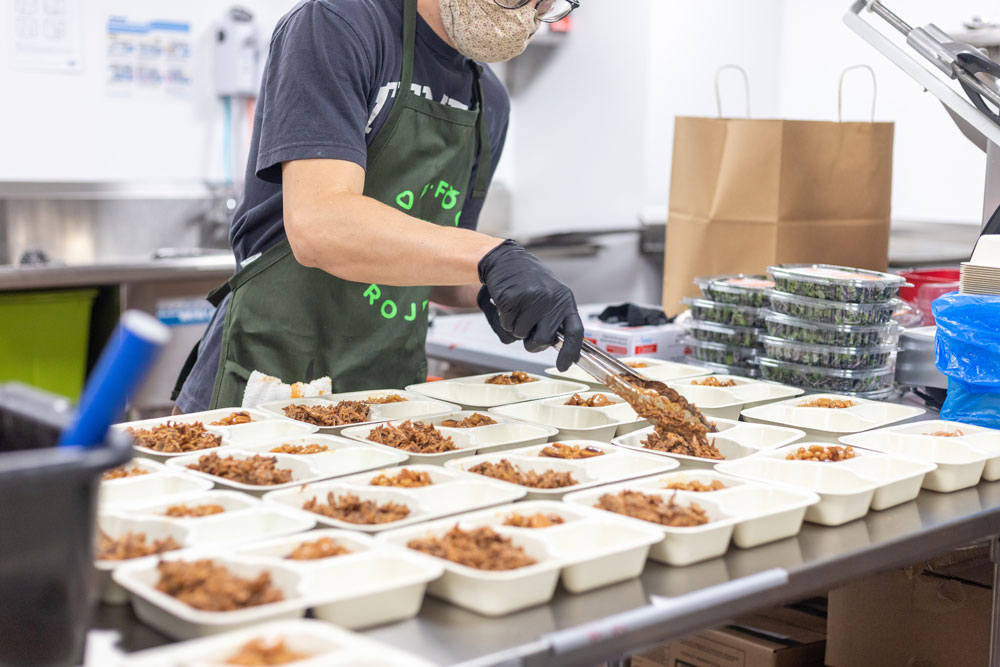 The conversion is essential for 412 Food Rescue, which the Good Food Project operates as a zero-waste kitchen. The foods Austin can’t use can be composted at Ag Recycle and the surrounding farms through Zero Waste Wrangler, based in Pittsburgh. This may mean that the product delivered has already been rehabilitated or is left in the kitchen at the end of the day. “We are working to find a goal for as much as possible. We don’t throw food in the trash, ”says Austin.

Whole turkeys, for example, would be cooked first for a pulled turkey dish. Austin then uses the bones to prepare turkey broth before sending it off for composting. “Now we have turkey to serve right away, supplies for other uses, and the bones go back to the bottom,” he says.

Even though delivery is now on a regular schedule, Austin still needs to be creative and flexible with his meal planning as each shipment varies in content and quantity. Some weeks he may get a ton of pork shoulder and need to figure out how to mix many pounds of an ingredient into a variety of meals. For example, fresh vegetables are currently in short supply as the region’s growing season is over. He writes down what he has arrived, what he has kept in the freezer and then, he says, “It’s like looking at a magic eye and turning the focus off until the menu item appears. That is the work of pairing things of the right size and bringing them together. “ 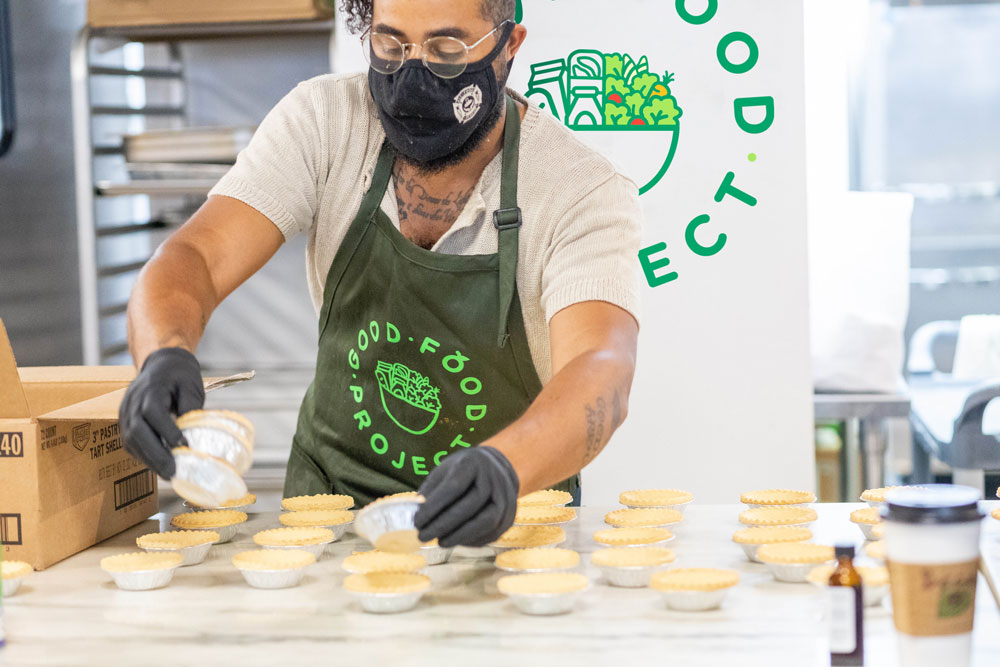 In addition to the realigned supply chain, Austin is using this additional cold room to pack the meals frozen instead of fresh as they were previously delivered, to allow greater flexibility in storage at both ends of the process. “It really increases meal viability. If I send something fresh, you may have five days to eat it. If I freeze the food, it’ll last seven to nine months, ”he says.

Austin can also now welcome more volunteers to help him in the kitchen, which he couldn’t do at the height of the coronavirus pandemic when the kitchen and prep room in the basement were more limited. With all of these pieces coming together, Austin plans to double the output of the Good Food Project next year.

To celebrate the progress the kitchen has made, 412 Food Rescue is hosting a “grand reopening” for the Good Food Project Austin on December 6th from 5pm to 7pm.