Pittsburgh needs more things like the Barrel & Flow Fest. The event on Sat September 11 at SouthSide Works, one of the largest and best black-run beer festivals in the country, was a breath of fresh air in a city struggling to support black creatives and a craft beer industry, their problems in attracting BIPOC and female executives are well documented.

And this year’s festival, which was recently rebranded, went pretty smoothly except for some musicians who couldn’t perform because they cited setup issues or communication issues with the organizers.

Each brewery participated in a collaboration beer, usually between a local brewery in Pittsburgh and a location owned by Black from across the country. And it wasn’t just collaborations between breweries, some included ice cream parlors, podcasts, and musicians. 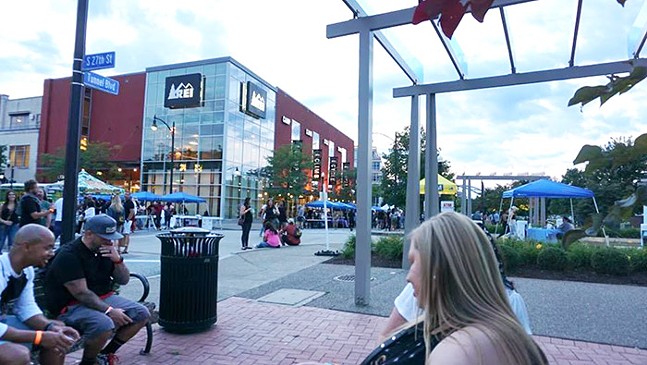 While I want to highlight so many of the places and people involved, I just want to highlight some of the beers that were specially brewed for the festival, not just the ones that were served there. (Call Revolution Brewings “VSOJ 2021” and Trillium’s “Twice the Daily Serving” and Dancing Gnomes “Lustra”, but they didn’t crack my list). Here are my five favorite beers from Barrel & Flow Fest 2021.

“Rollout Stout”, a collaboration between the up-and-coming Nashville brewery Bearded Iris and the Nashville pizzeria Slim + Husky’s, which belongs to Black, surprised me in the best possible way. This beer is described as a stout brewed with cinnamon rolls, pecans, caramel, vanilla, and lactose.

Look, I’m a simple man sometimes. (Okay, I’m often a simple man.) I see a collaboration between one of the best Pittsburgh brewers, Brew Gentlemen, and one of the most forward-thinking, politically charged groups in rap, Run the Jewels, and I’m in on this one was a very nice one IPA. Get it.

This was a cool beer with a cooler story from an even cooler group of people. California’s Crowns and Hops pioneered the use of beer to empower underserved communities, and his collaboration with another Black-owned brewery, Black Calder, Michigan, shows his skill and passion for change. A fruity Gose with blackberry, peach, vanilla, cinnamon, coriander and black lava sea salt. This beer was brewed in honor of Stacey Abrams. A portion of the proceeds will go to Fair Fight, Abrams’ organization to combat voter suppression.

Grist House Stouts are almost always delicious, and consistently excel at making rich dessert beers that aren’t too sweet. This collaboration with the home brewer / soon-to-be-fully-fledged brewery Smittox from Dallas is no exception. Brewed with cocoa nibs, vanilla pods, coconut and banana, her description of “like an ice cream sundae on the beach” seems to fit well.

Finally, I would be remiss without mentioning the brewery which, even among the crowded local fields, still makes hops better than anyone else. Her contribution this year was a collaboration with the band Ghost-Note, who also played at the festival. Pleximetry Rhythm is a Petite IPA with only 3.8% ABV (a blessing during four hours of beer), but despite the small percentage it manages to pack more flavor and character into the beer than many can in an 8% IPA.

Sizzling Property: It is nonetheless a scorching Pittsburgh Market – however there are indicators of slowing down

Honoring those that have ascended