For many, “If you build it, they will come,” the whispered (though slightly paraphrased) saying from “Field of Dreams,” holds value. For Rabbi Elchonon Friedman however, the phrase “built it because they have come” might serve as a better axiom.

Friedman said that two new community mikvahs are being built at Bnai Emunah Chabad to support the growing number of Jews who have moved into the shul’s Greenfield neighborhood.

A groundbreaking party was held June 8 and included food, live music and a dunk tank, as well as other celebratory events.

Whether it’s for the groundbreaking of a new mikvah, or not, children always love a dunk tank. Photo by Yehuda Welton.

The mikvahs will join the existing Pittsburgh-area mikvahs: a women’s mikvah in Squirrel Hill, a men’s mikvah at the Yeshiva Schools and a keilim mikvah for cookware. There is also a mikvah in White Oak, servicing the Gemilas Chesed Synagogue community.

Friedman said that the Greenfield neighborhood has swelled to include close to 50 Orthodox families and he expects that number to continue to rise.

“There are Jewish people moving here, it’s a growing area,” he said. “In the Chabad circle, this has become a place where people are moving.”

A small mikvah had been planned pre-COVID-19, but was put on hold as the congregation worked to secure funding and hold conversations with the Jewish Women’s League of Pittsburgh, who oversee the women’s mikvah on Denniston Street.

The new mikvah isn’t meant to compete with the other locations, rather it will serve as an option for women who find the 30-plus-minute walk from Greenfield to Squirrel Hill difficult.

“In the winter, it’s a miserable walk,” Friedman pointed out. “In the summer it could be too hot, plus right now, when a woman would go to the mikvah, it would be after 10 o’clock at night. We’re talking about walking after 10 p.m. — not very comfortable.”

For those reasons, plus the importance of family purity laws, the absence of a mikvah in the Greenfield community was seen as a deterrent to some, Friedman said.

The new mikvah will be able to accommodate both current needs and support the growing Greenfield community. The rabbi pointed out that the Squirrel Hill-adjacent neighborhood is now the choice for Jewish families that have difficulty finding affordable housing in the traditional Jewish center but want to be near existing community infrastructure.

“You have to remember that it is young families that need the mikvah more than anyone. So, it’s integral to the infrastructure that we’re building.” 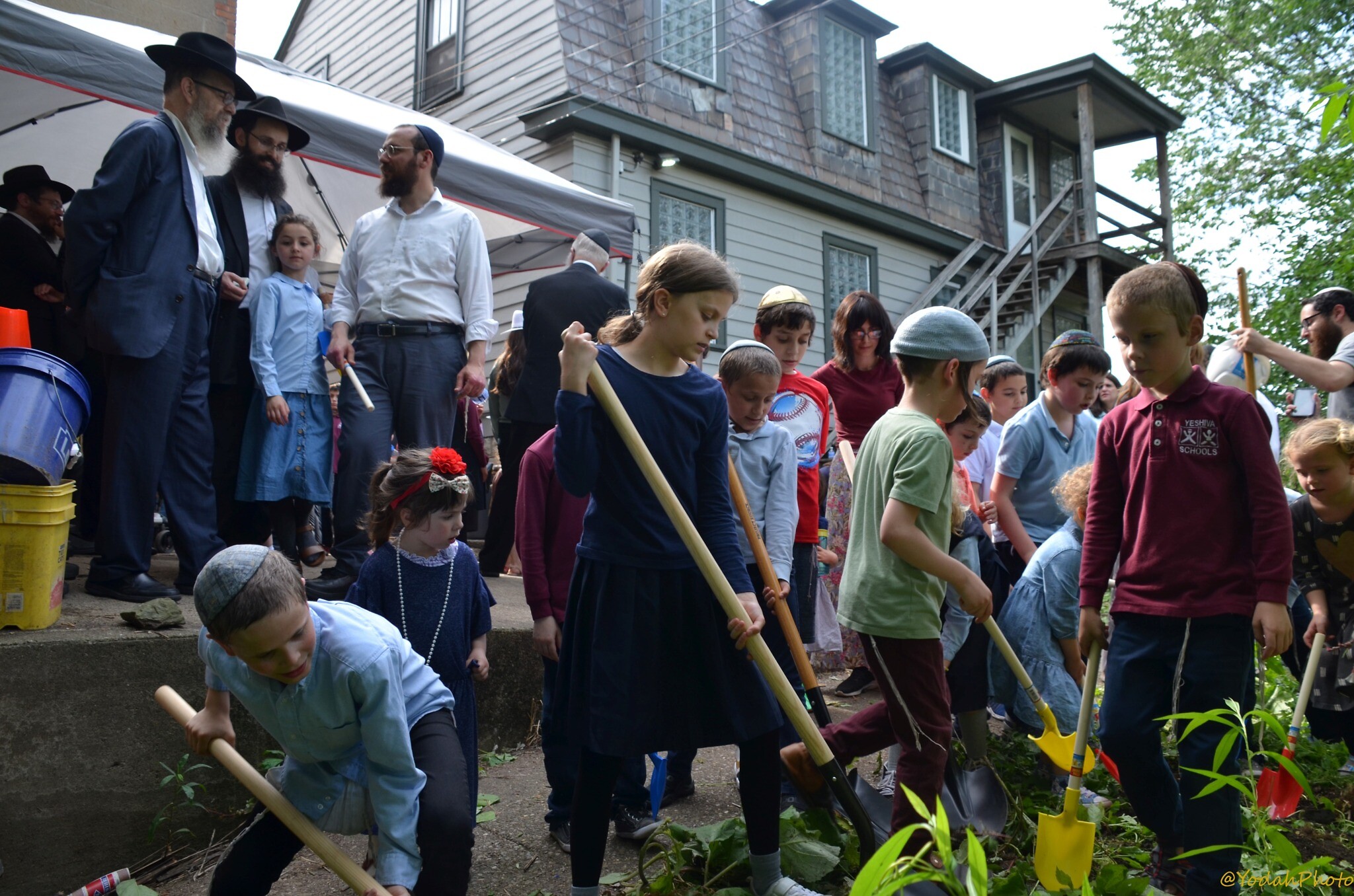 Friedman said that the Yeshiva Schools’ acquiring the former St. Rosalia site illustrates how Greenfield is becoming a central part of the Jewish community. He also pointed to the Holocaust Center of Pittsburgh, the Hebrew Free Loan Association, the Squirrel Hill Food Pantry, the Squirrel Hill Wellness Center and even The New Riverview, all of which call the neighborhood home.

The project, originally estimated to cost $300,000, has double in price with the added size, additional men’s mikvah and needed security. Friedman said the shul has committed to the construction and has broken ground on the $600,000 project, this despite the fact that they have yet to secure all of the funding needed.

Friedman said that the “Greenfield Mikvah Project” received a lead grant from the Charles M. Morris Charitable Trust and a state grant of $100,000 for security needs. The shul is planning to make up the balance through fundraising, and is asking for anyone interested in donating to the project to reach out to the Chabad Center.

The rabbi said that a lack of funds won’t stop the project.

“Since the day we took over Bnai Emunah, we have never borrowed a penny to do anything,” Friedman said. “This is our second building project. We never borrowed money and don’t want to now but are comfortable doing it if that’s what it takes.”

Friedman is confident that the shul will be able to raise the necessary funds without having to secure a mortgage.

There are still a few details to work out. For instance, Friedman said that the board is still trying to decide if the shul will oversee and manage the mikvah or if an independent group will do so. He said that there is a mikvah board comprised of both men and women and that the women are leading discussions for their part of the project.

“They’ll make the decisions that are best for them,” he said.

Friedman pointed out that the new mikvah has enabled him to come full circle: As a child, his father oversaw the construction of a mikvah in his hometown of Kansas City.

“If you look at the Torah,” Friedman said, “in many places we find the mikvah to be a real center of Jewish community. Jewish life begins with parents and how they conceive, how they raise their children and their dedication to Judaism and its values.”

All of that is represented in the mikvah, he said.

“This is a project that, even if you’re helping in the smallest of ways,” Friedman said, “you’re helping to build the soul of Greenfield and ultimately the soul of Judaism in Pittsburgh. We invite everyone to participate.” PJC

David Rullo can be reached at drullo@pittsburghjewishchronicle.org.

Toddler in Essential Situation After Falling Out of Window – Information, Sports activities, Climate, Visitors, and the Better of Pittsburgh