On our bikes, we had been in it for the lengthy haul

When my brother mentioned he was planning to spend a week bikepacking from Pittsburgh to Washington, D.C., of course I immediately invited myself along.

With a push from the pandemic, given the inherent social distancing involved, the bike industry may have experienced its biggest year ever in 2020. (Know anyone who’s tried to buy a bike lately?)

There’s an increasing call for biking experiences that stretch beyond a few hours on the road into the realm of overnight vacationing. The rapid rise of rail trails in recent decades — today there are more than 24,000 miles of multi-use paths along disused railway tracks in the United States, according to Rails-to-Trails Conservancy, with thousands more in the works — means more people are planning days-long journeys traversing hundreds of miles.

One of many impressive sights along the way from Pittsburgh to Washington, D.C.James Sullivan

The Great Allegheny Passage, or GAP trail, runs 150 miles through the woodsy southwest corner of Pennsylvania into Maryland. From there, riders can join another trail, the C&O Canal Towpath along the former Chesapeake and Ohio Canal. Altogether, the combined ride is 334 miles.

Some of our nearest and dearest wanted to know: Were we nuts? Well, maybe a little.

I’ve ridden the Pan-Mass Challenge bike-a-thon several times. Training up for this ride felt much the same — at least one ride each week, of increasing distance.

Since we’d be camping along the way — both the GAP and the C&O feature plenty of free campsites en route — we’d have to plan meticulously. You don’t want an extra pound of gear weighing down your bike. 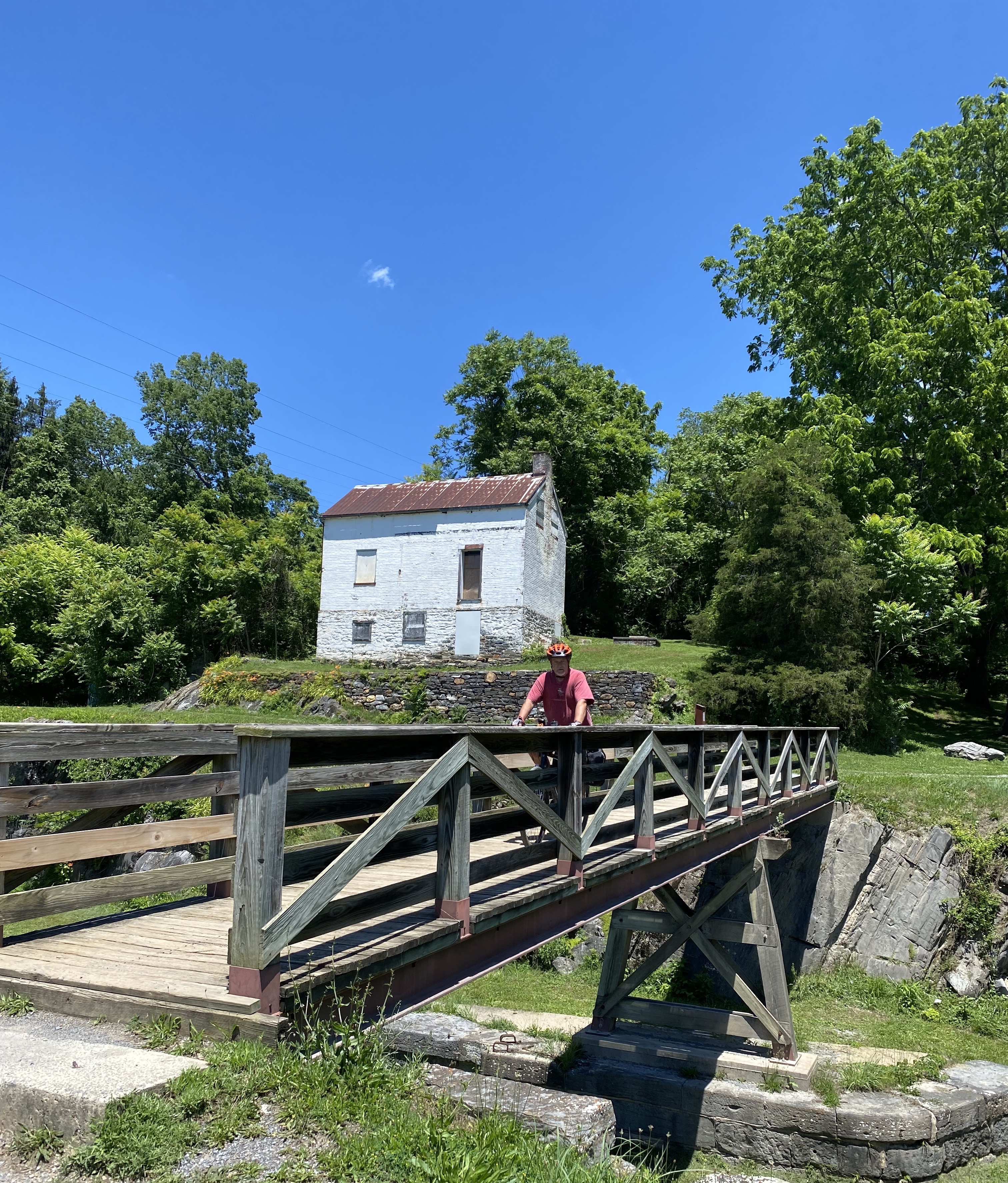 Heat was a factor during the bikepacking trip.James Sullivan

I purchased a waterproof handlebar roll, which fit my pup tent and an inflatable sleeping pad; a seat pack, jutting out over the back tire, into which I stuffed all my clothing; and a triangular frame pack, for repair needs, hygiene products, and snacks. All loaded up, I couldn’t have fit a few spare toothpicks. Mike went with roomier pannier bags slung over a rear rack.

On a Saturday morning in early June, Mike’s son drove us out to Pittsburgh, where we packed the bikes and navigated past a waterfront festival to the city’s meeting place, the Point State Park Fountain. A large inlaid medallion marks the official beginning of the GAP trail (or the end, depending on which direction you’ve chosen).

Soon you’ve moved beyond the concrete underpasses of downtown Pittsburgh and picked up a paved trail along the Monongahela River. For several miles the trail parallels a steep embankment populated by a large herd of goats, who have been given the run of the place by an eco-friendly plant-management outfit called Allegheny GoatScape.

The goats have partnered with the Yinzers of Pittsburgh, but the wildlife along the rest of the ride was just that — wild. Deer were everywhere. Eagles and hawks, and all kinds of smaller birds waking us up with the dawn. Hundreds of turtles enjoying the old canal’s stagnant waters. A rattlesnake sunning itself on the bike path.

The first day was a hot one. Before setting up camp that night, we cooled off with a few Iron City lagers at a place called the Trailside. A fellow rider with a southern accent had recommended the BLT. It’s “to slap ya mama for!” he said. I ordered the BLT. 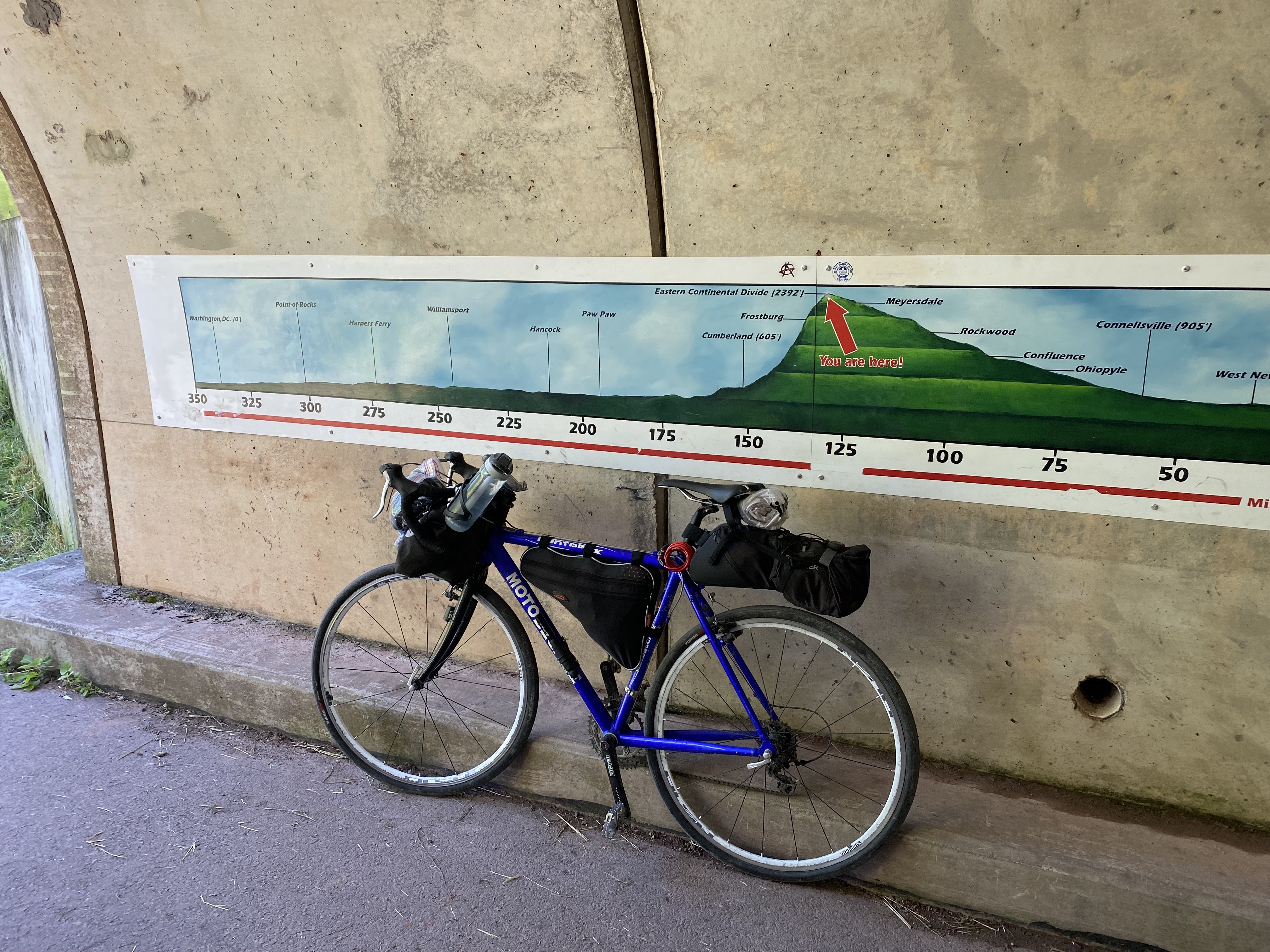 Packing was done with care. You don’t want an extra pound of gear weighing down your bike.James Sullivan

Day two began with a bit of rain, and a prime opportunity for the GAP to show off its self-proclaimed reputation as “America’s Friendliest Long-Distance Rail Trail.” While waiting out a brief downpour under a shelter, we were joined by a team of four from southeastern Pennsylvania: experienced riders Betsy and Brett and their first-time long-haul neighbors, Ilse and Ronnie. Within minutes of chatting, they mentioned that they had an Airbnb reserved for Monday night in an upcoming town. The place had 17 beds, they said. We were welcome to two of them.

After a day of steady but manageable uphill climbing Mike and I stopped for an obligatory photo op at the site of the Eastern Continental Divide, the highest point of the Pittsburgh-D.C. bike route. We crossed through Big Savage, a 3,000-foot railroad tunnel carved into a mountainside, which was ominously pitch black and mercifully cool at the midpoint. Another mile and a half brought us to the Mason & Dixon Line, commemorated by a series of recently installed granite blocks.

Spattered by a dismaying amount of mud, day four marked the beginning of the C&O portion — the “Grand Old Ditch,” as it was sometimes called — of our journey. Plein-air painters were scattered around the first of more than 70 historic locks built in the 1800s. A few of the lockkeepers’ houses can be rented out; one father traveling with his young son said he’d paid $126 to reserve their surprisingly quaint lockhouse for a night. 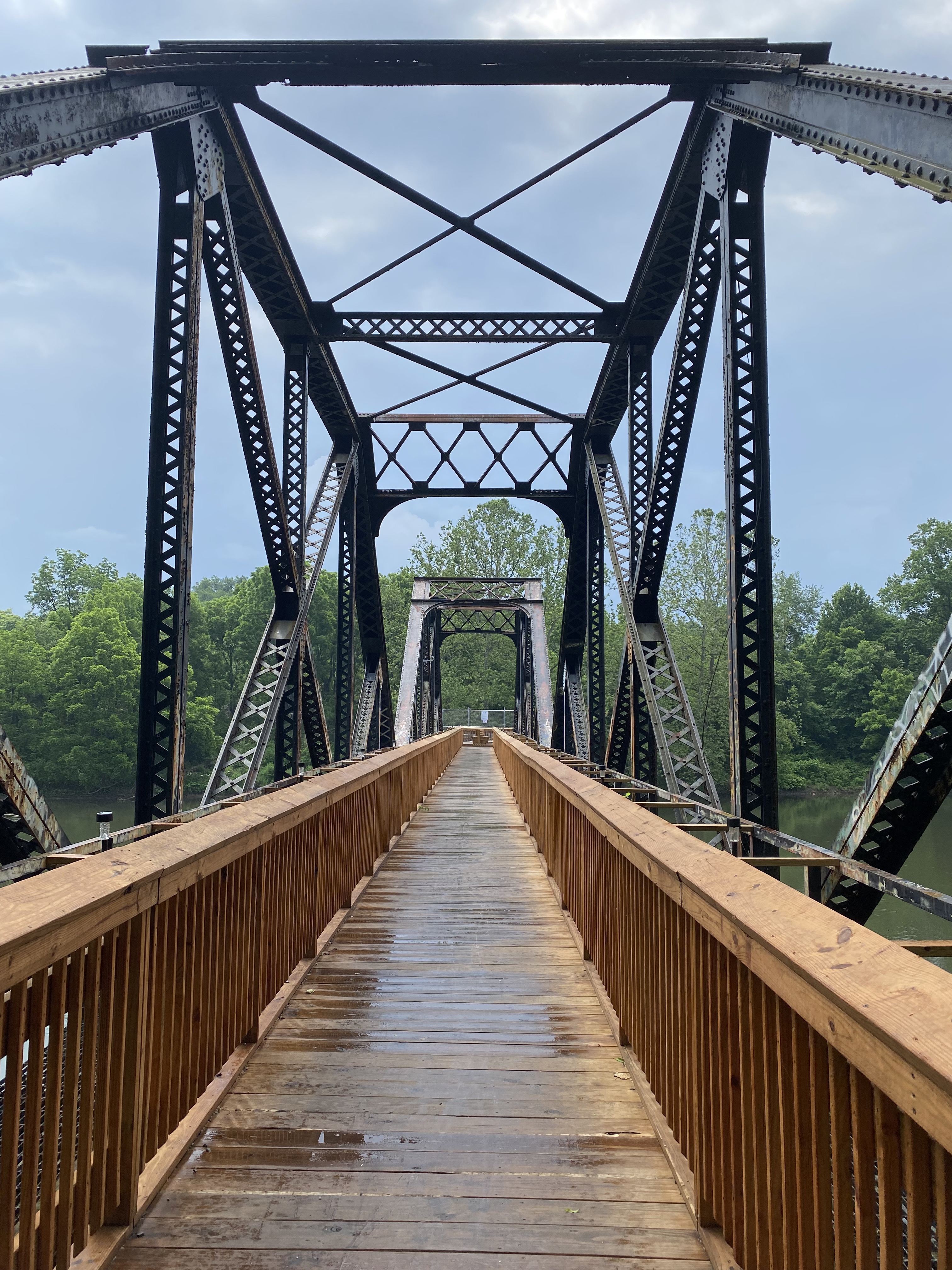 The bulk of the trip was spent on the GAP trail and the C&O Canal Towpath.James Sullivan

It was all smooth sailing on the fifth day. We rode 75 miles, after averaging about 50 each of the previous days. At dusk, we crossed the Potomac into the impossibly tidy town of Shepherdstown, W.Va., where we found well-deserved sandwiches awaiting us at a British pub. In the morning we set aside some time to explore Harper’s Ferry, the site of the abolitionist John Brown’s ill-fated raid on the federal armory there.

On the seventh day, we essentially rested. With just 25 more miles to go to reach Washington, we covered the crushed stone path with no real urgency. As the towpath grew busier with nature hikers and day pedalers, suddenly we emerged from the riverside into D.C.’s bustling Georgetown neighborhood.

On our last night of camping, we’d shared a picnic table with a solo rider from North Carolina. Jen was a seasoned bikepacker, she said, well accustomed to what she called “trail magic” — the serendipities that make this kind of travel adventure so rewarding.

In D.C., Mike and I wound our way to the National Mall, where a busker with an electric guitar played an instrumental version of “What a Wonderful World.”