ALLEN PARK — The Detroit Lions are on the road for their second preseason game, drawing the Pittsburgh Steelers in the first of two trips to the Steel City this year.

Detroit lost its preseason opener 16-15 to the Buffalo Bills in the waning seconds. The Steelers are already 2-0 through the exhibition slate, beating the Dallas Cowboys in the Hall of Fame game, then besting the Eagles late last week.

This post will run through a week’s worth of headlines leading into Detroit’s second preseason game:

The Lions have to be down to 80 players by Aug. 24, so Saturday’s tilt against the Steelers is a vital one for a handful of players fighting for spots. We took a closer look at the prospects of quarterback David Blough, running back Craig Reynolds, defensive tackle Kevin Strong, wide receiver Tom Kennedy and linebacker Jahlani Tavai. 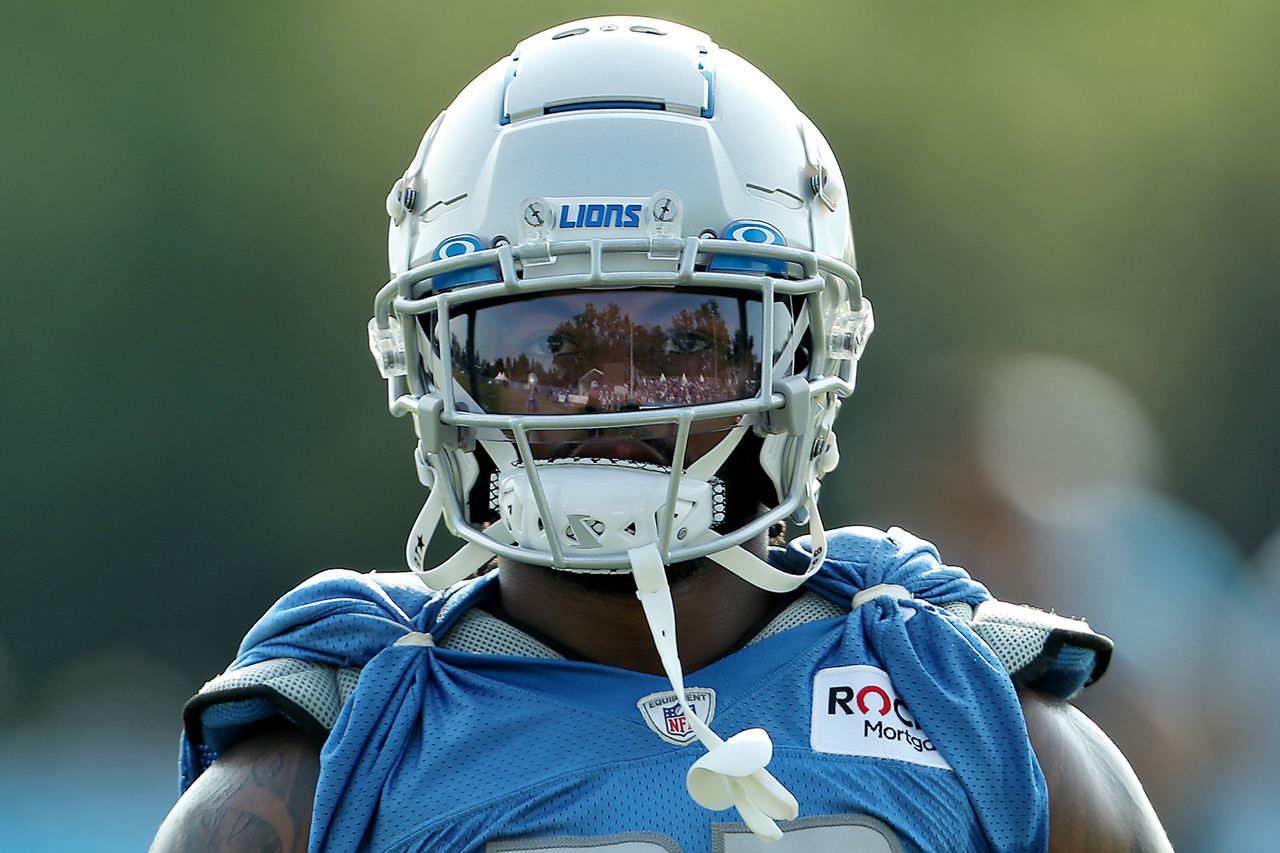 D’Andre Swift was back on the field this past week, but isn’t expected to play in Pittsburgh. The second-year back is working his way through a lingering groin issue, with the team exercising caution through the first couple weeks of training camp and the preseason. 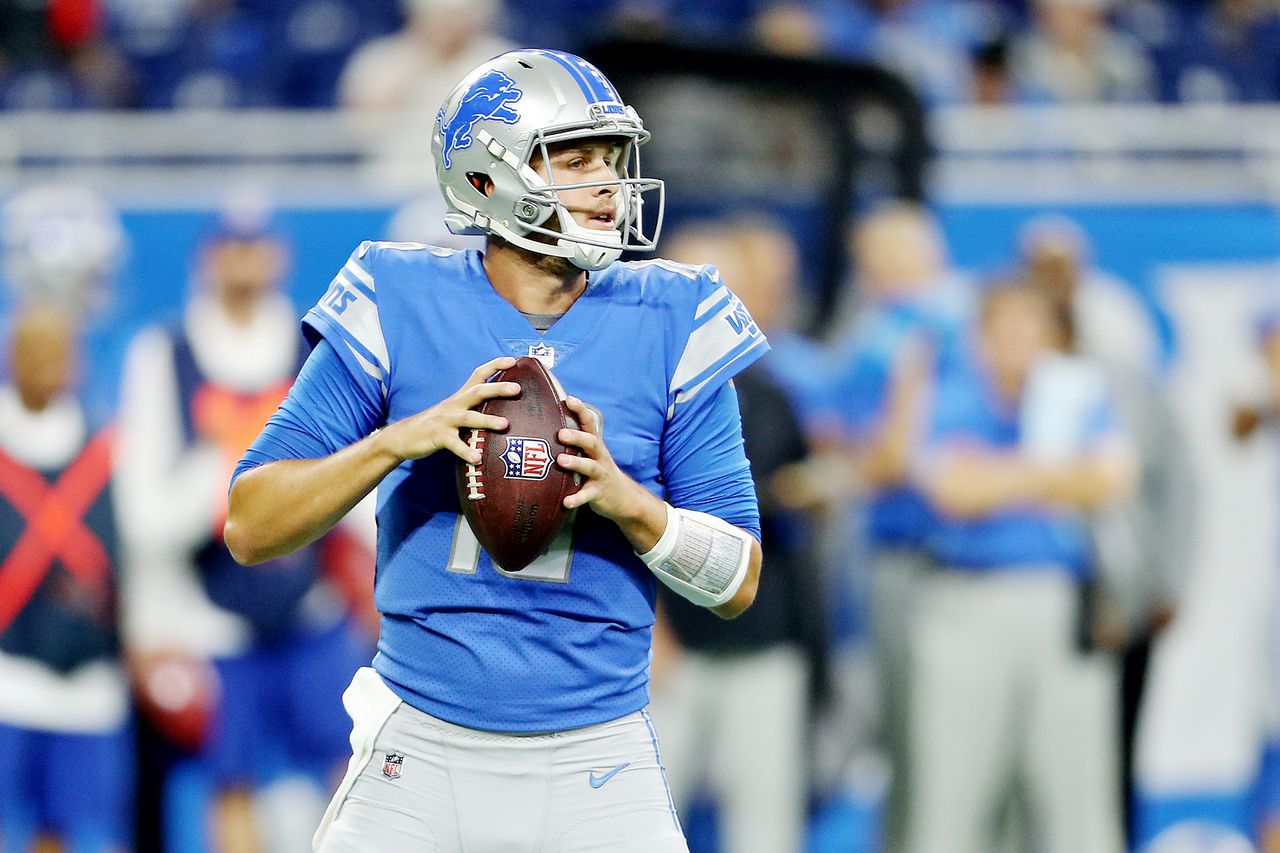 It hasn’t been entirely consistent out of the quarterback room around these parts. Just don’t tell Mark Brunell that. The first-year Lions quarterbacks coach is staying ultra-positive, pointing to his belief that this is the time when mistakes aren’t really mistakes.

“I’ve always said that — and maybe a lot of people would disagree with this — but I don’t think in practice anything bad happens on the football field,” Brunell said. 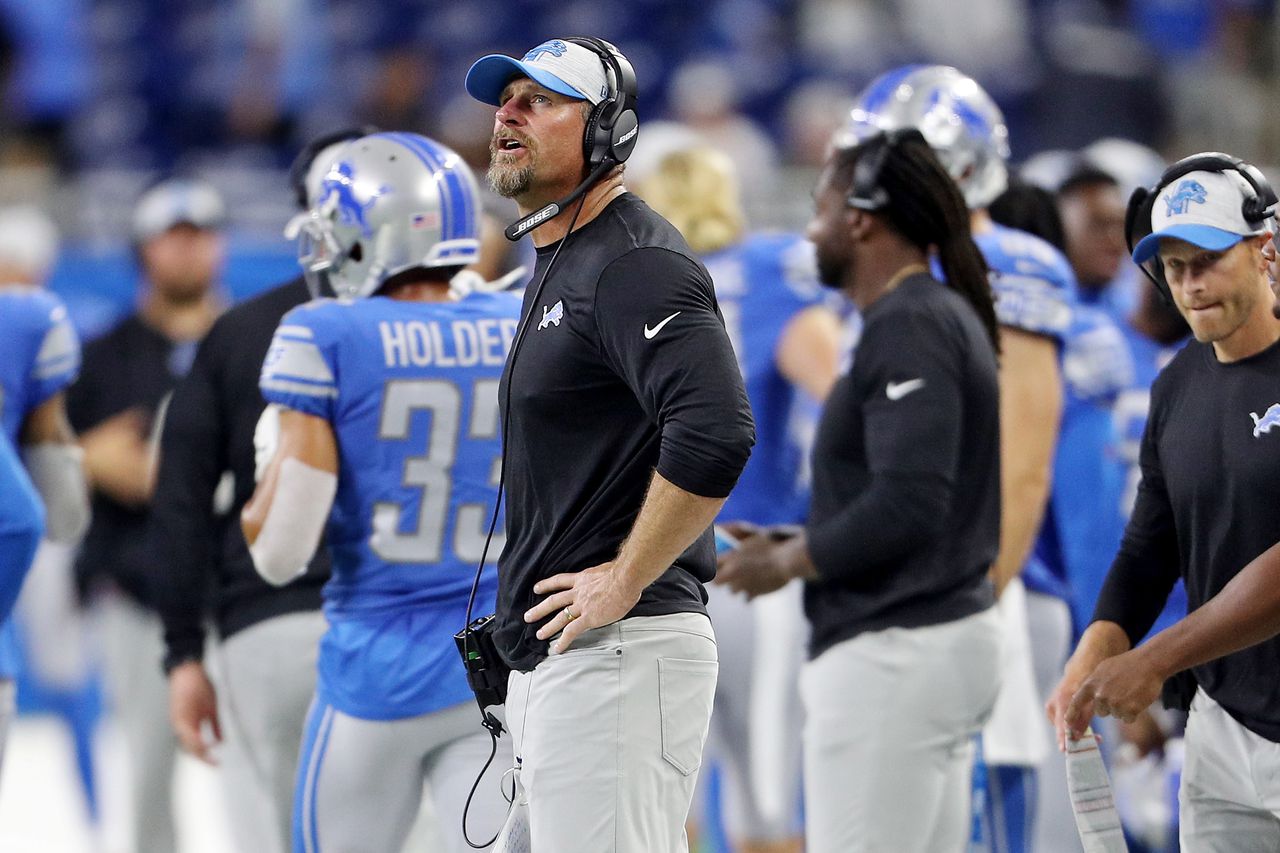 D’Andre Swift, T.J. Hockenson not expected to play against Steelers; Jared Goff might not either

On that note, T.J. Hockenson, Jared Goff and several other veterans are expected to sit or have their roles diminished in Pittsburgh.

“Look, I still see most of our starters playing,” coach Dan Campbell said. “I’ll tell you this — it’s been in my head for probably about a week — I’m starting to think about now maybe sitting a few of these guys, a select few veterans, is kind of what I’m thinking. I’m not there yet, I want to see how they get through this practice.” 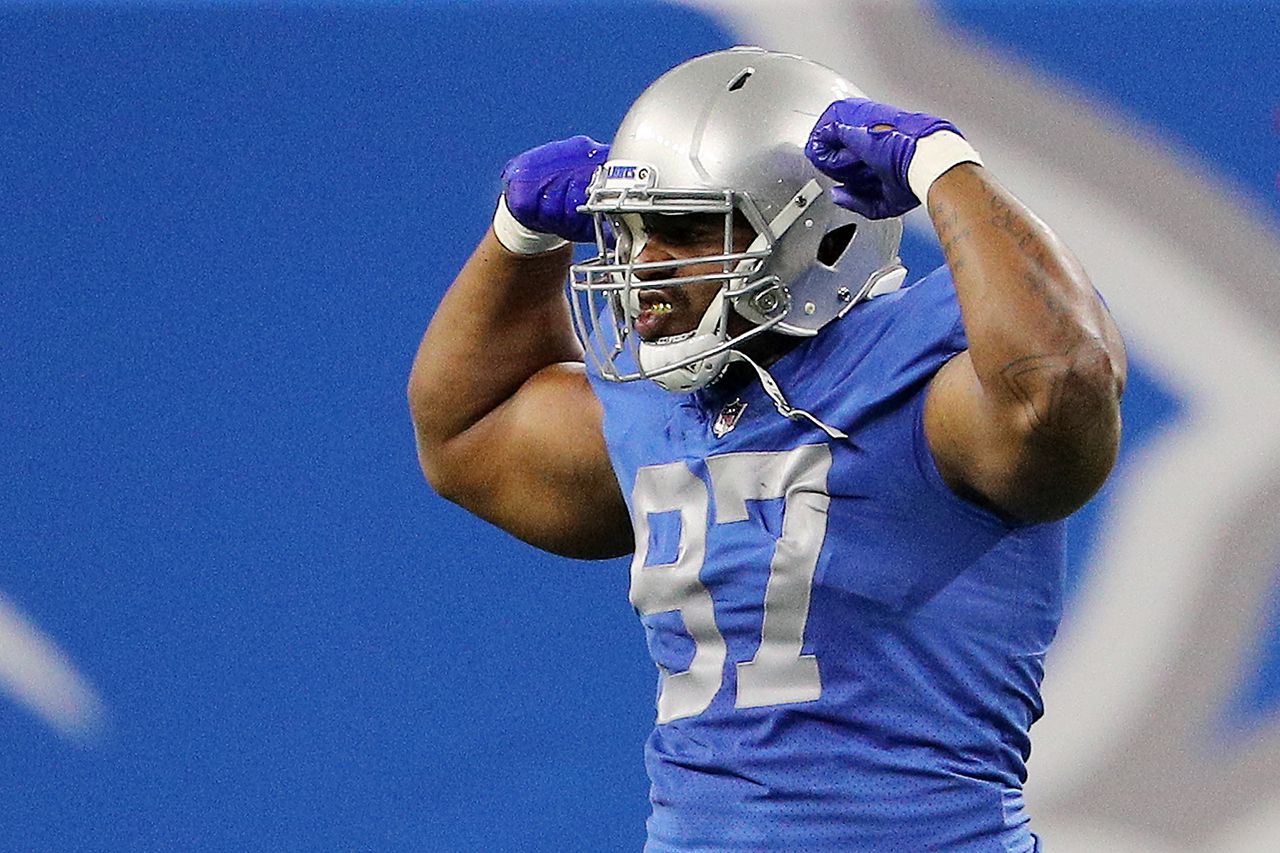 Nick Williams was back on the field after missing nearly two weeks after contracting the coronavirus. The defensive tackle probably needs to show something before the start of the season, thanks to the surging Kevin Strong and Bruce Hector.

The Lions added an intriguing prospect after clearing some roster space in outside linebacker Rashod Berry. The former Ohio State standout is a former tight end, making the switch to defense full time in New England last year.

Levi Onwuzurike expects to make his debut after missing a chunk of time to see a back specialist. The second-round pick says he’s fine and that that franchise was exercising due diligence and just looking to take care of him.

David Blough is dealing with a sore shoulder. Tim Boyle has an ankle issue while Jared Goff could have his reps managed. Enter Jordan Ta’amu, the former XFL and Ole Miss starting quarterback.

“It’s funny because — Brunell brought this up –, ‘I guess if he (Goff) throws six days in a row, I guess it’s too much,” Campbell said. But back in the day, you know you’d go 14 in a row and do two-a-days. You’re throwing twice a day.’ And so, everything’s relative. You just — there again, man, we don’t want to wear his shoulder out, and then you get something where he ends up pulling something in there because we put more of a strain on him. Because now our third quarterback’s down, which has been Blough. But I think it’s important too for Blough to be able to — I want him to have the best opportunity as well to have success. And so that’s why, let’s bring in a fourth, we’ll see where that guy’s at, get a look at him. But also, it gives us a couple of days to get Blough back a little bit. For this game. I do see Blough playing, and I think Boyle’s going to be able to go as well.” It’s worth noting this will be the first Lions game without Don Muhlbach in quite some time. The long snapper was cut after 17 seasons, ending his run as one of the best and most dependable at his position in the game, leaving all eyes on Scott Daly.

The franchise cut Muhlbach on his 40th birthday, with Campbell taking the blame for that timing, calling himself an “expletive.” 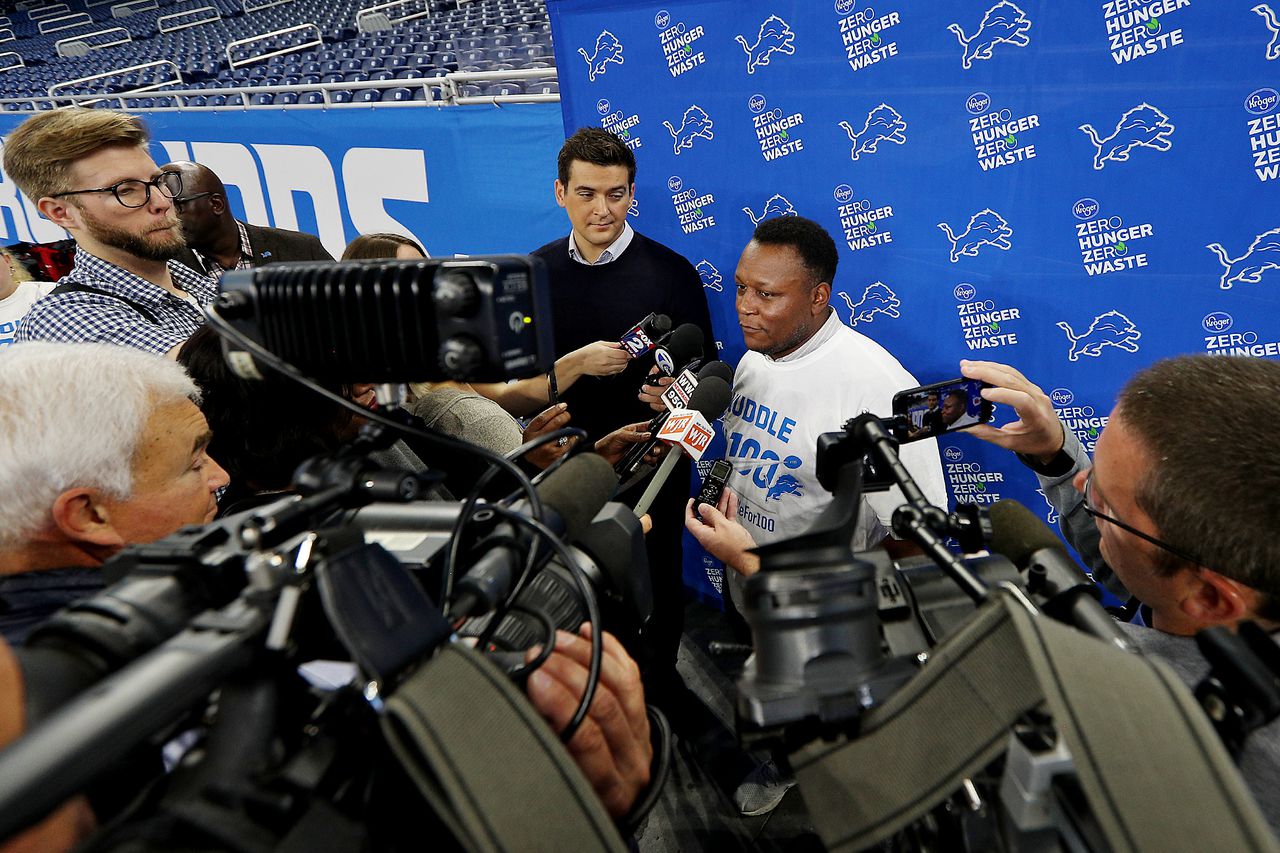 Former Lions great Barry Sanders tested positive for COVID-19, but says he’s expected to be good to go for the team’s season opener against the 49ers.

“Despite being double vaccinated, wearing a mask, and taking all the precautions I could… I tested positive for COVID,” Sanders tweeted. “I don’t have any symptoms, but am staying in until I get the green light from the Docs. I will be ready to go for @49ers on 9/12.”

HOW TO WATCH DETROIT LIONS AT PITTSBURGH STEELERS