In accordance with a golf membership chef, the key to an ideal cheesesteak

Nothing hits the spot like a perfectly prepared cheesesteak.

Welcome to Clubhouse Eats, where we celebrate the most delicious food and drink in the game. Hope you got your appetite up.

Cheese and steak: a union so natural that they are fused into one.

The result is the cheesesteak, also known as Philly cheesesteak, in honor of its birthplace, although the culinary reach of the legendary sandwich extends well beyond the city of brotherly love.

At Fox Chapel Golf Club, just outside of Pittsburgh, home to a newly renovated Golden Age design, chef Christopher Brown puts a cheesesteak on his menu for special occasions. His recipe is based on shaved ribeye, caramelized onions, king trumpet mushrooms, and a melted provolone cheese sauce stacked on a crispy hoagie roll.

The key, says Brown, is “keep it simple”.

Here are browns no-nonsense tips if you want to marry steak and cheese at home.

1. The flesh of the thing

Don’t pay attention to the quality of your beef. Ribeye is the best choice, says Brown, “to be well marbled and tender when cooked.” In a pinch, you can also use a flank steak which is lean but tender if you cut it against the grain.

You want the meat in a nice, thin slice that is harder than it sounds when you don’t have a good knife. To make the task easier, Brown suggests putting the beef in the freezer a few hours ahead of time. Freezing a little “makes it easier to shave,” he says.

No need for marinade or the colonel’s seven herbs and spices. Stick to salt and pepper, which highlight the bold flavors. 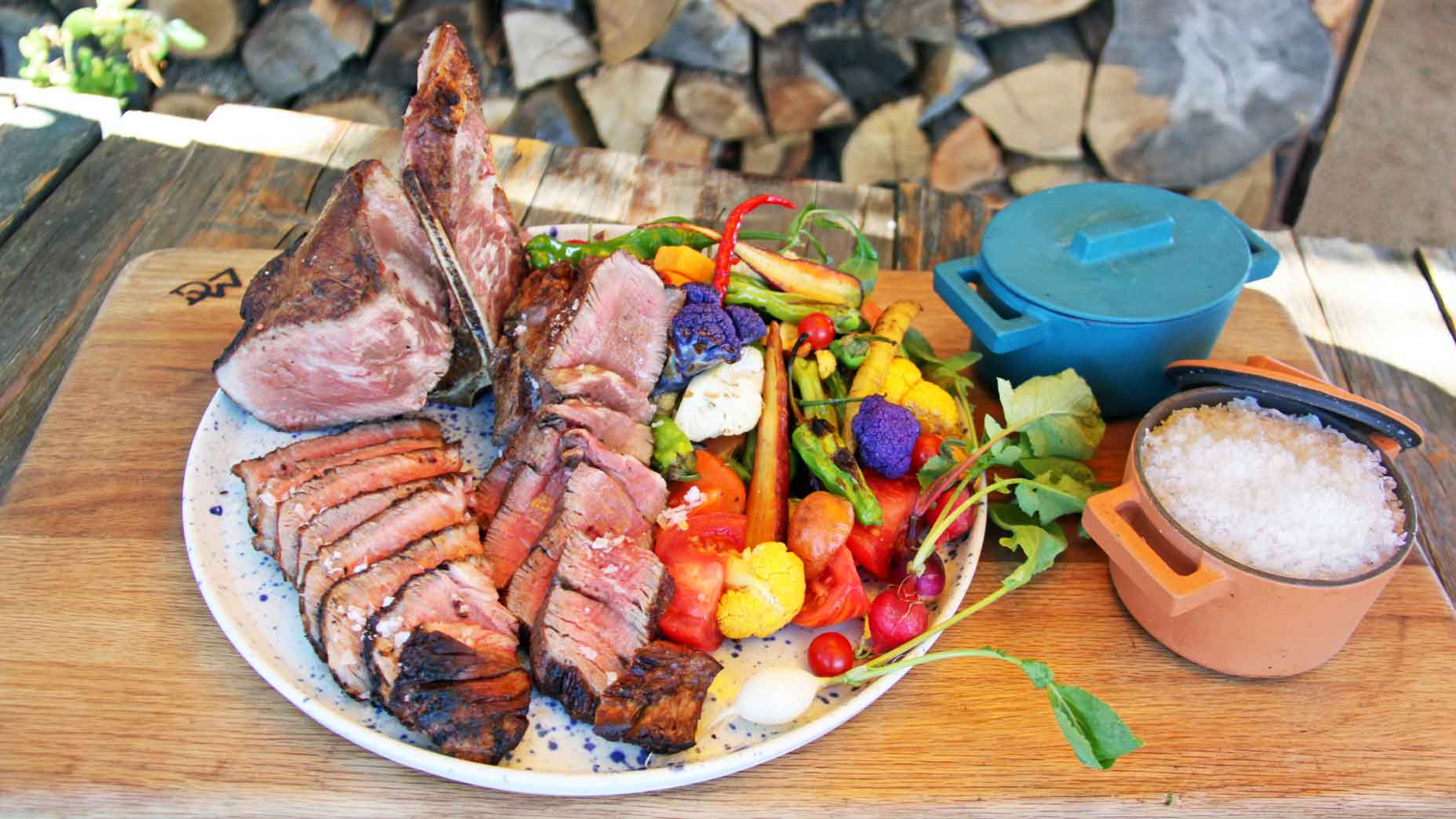 Clubhouse Eats: How to Make the Perfect Steak, according to the head chef at a private golf club
By:

A traditional Philly cheesesteak is topped with melted provolone sauce, which is colloquially known as cheese whiz. But don’t hesitate to go the non-traditional route. Brown likes to use the “Alpese Cheeses”, which he calls “Signature Melters”. These include Gruyere, Comté, Emmental, Challerhocker.

The bread, says Brown, “is just as important as anything else in the sandwich – if not more.” At Fox Chapel, Brown uses a locally made Mancini Hoagie Roll. Regardless of what bread you use, Brown recommends lightly toasting it. When it gets warm on the inside and crispy on the outside, “all the juices stay in the roll”.

In addition to caramelized onions, Brown also has shaved iceberg lettuce, homemade aioli and grilled mushrooms. But there aren’t any hard and fast rules, as long as you use good ingredients, he says. Incidentally, he notes: “You can’t go wrong with truffle and parmesan fries with fresh herbs.” His only other mandate: “Make sure you enjoy a cheesesteak at least once a month.”

Josh Sens, a golf, food and travel writer, has been contributing to GOLF magazine since 2004 and now contributes to all GOLF platforms. His work has been summarized in The Best American Sportswriting. He is also co-author with Sammy Hagar of Are We Have Any Fun Yet: The Guide to Cooking and Partying.